The Outsiders House Museum unveils a behind the scenes layer that everyone loves: the trivia, the untold yarns, the story behind the story. Stepping into the museum gives fans young and old a chance to stand in the living room where Ponyboy and Darry quarrel, visit the kitchen and recall all the talk about chocolate cake for breakfast, see Dallas Winston’s leather jacket, hear about the mysterious disappearance and reappearance of Francis Ford Coppola’s Director’s Chair, see rare and never before seen photos, movie artifacts and more. Even if you’re a longtime fan of The Outsiders, you’re bound to see and learn something new. 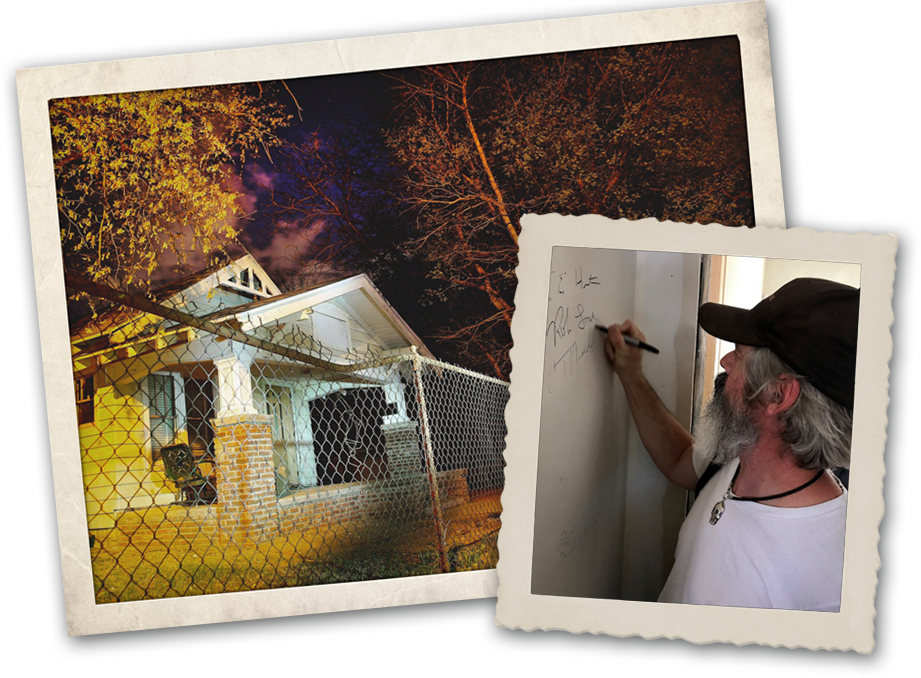 As decades passed, the house fell into disrepair and narrowly escaped demolition. In 2016, Hip Hop artist Danny Boy O’Connor purchased the “Curtis Brothers House.”  A longtime fan of the novel and the movie, O’Connor had visited the site during earlier Tulsa tour stops, and just couldn’t shake the belief that the house needed to be preserved for future generations. His goal: restore The Outsiders House as it appeared in the movie, while also creating a museum to share his extensive collection of Outsiders movie memorabilia. Still, the task wouldn’t be easy. When purchased, the house was in dismal shape and needed to be gutted down to the studs. If The Outsiders House was going to be restored, it was sure to be a significant project, requiring time, volunteers, and donations.

As progress continues toward opening The Outsiders Museum, each day has brought some fun surprises and spreading goodwill – celebrity drop-ins, author S.E. Hinton herself, people sharing cool stories and factoids, adults who were extras in the movie, community service projects, and even a dog named Spot. You never know who will stop by The Outsiders House Museum.